Mosquito bites are the itchy bumps that appear after mosquitoes use their mouthparts to puncture your skin and feed on your blood. The bump usually clears up on its own in a few days. Occasionally a mosquito bite causes a large area of swelling, soreness and redness. This type of reaction, most common in children, is sometimes referred to as skeeter syndrome.

Bites from mosquitoes carrying certain viruses or parasites can cause severe illness. Infected mosquitoes in many parts of the world transmit West Nile virus to humans. Other mosquito-borne infections include yellow fever, malaria and some types of brain infection (encephalitis).

Nearly everyone is sensitive to mosquito bites. But for those with severe allergies, symptoms can be more than just annoying: they can be downright serious. Most bites occur at either dusk or dawn, when mosquitoes are most active. While male mosquitoes are harmless  feeding only on nectar and water the females of the species are out for blood.

A female mosquito locks onto her victim using a combination of scent, exhaled carbon dioxide, and chemicals in the person’s sweat. When she finds a suitable meal, she lands on an area of exposed skin and inserts her proboscis to draw the victim’s blood. The common symptoms a telltale red bump and itching aren’t caused by the bite itself, but by a reaction of the body’s immune system to proteins in the mosquito’s saliva. 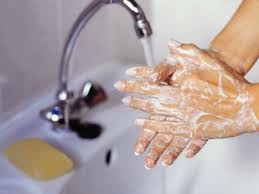 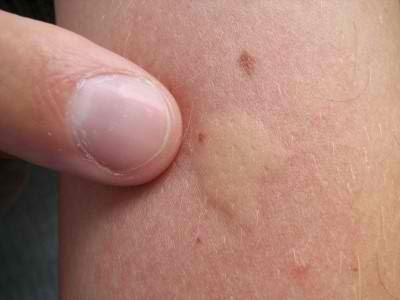 After the bite occurs, humans require some sort of mosquito bite treatment in order to ease the symptoms that occur. A mosquito bite usually results in redness and minor local swelling around the mosquito bite site. Itching is also very common and tends to last longer than the swelling, which subsides after a few hours. The itching is caused by a skin reaction to the mosquito’s saliva. These symptoms usually occur soon after the mosquito bite has occurred.

After many bites, some people become rather insensitive to them and their skin barely reacts. However, for others the mosquito bite symptoms become more severe with more bites. In fact, some people are considered allergic to mosquito bites and these individuals would definitely benefit from a mosquito bite treatment.

Unlike allergic reactions to bee stings or wasp stings, where an allergic response can cause immediate death, this same response from a mosquito bite is very very rare. Instead, symptoms of an allergic response to a mosquito bite involve more significant swelling of the skin with sometimes very large hives or welts forming, more redness at the bite site, and extreme itching. These symptoms tend to last much longer than in non-allergic individuals, sometimes lasting two or three days. In more severe cases, blistering and bruising may also be the response. Overall, it is a much more uncomfortable and painful situation for the victim and a mosquito bite treatment becomes important.

Why Do Mosquitoes Bite?

Female mosquitoes have piercing mouthparts through which they extract the blood of a host. The protein from gathered blood is used in egg production. Males do not bite and feed on blood. Instead, they get their energy from plant nectars and other sweet substances found in their habitat.

After puncturing the skin with their mouthparts and feeding on blood, mosquitoes leave hard, itchy bumps. In the blood-feeding process, mosquitoes inject saliva into their host which creates the reactions that cause bite symptoms. Most mosquito bites are harmless and the symptoms subside in a few days. Some discomforting symptoms include swelling of the bite site, soreness, and bleeding. While mosquitoes are an itchy, uncomfortable nuisance, the important problem arising from mosquito bites is transmission of viral or parasitic diseases.