What is Human Immune System

The immune system is a system of biological structures and processes within an organism that protects against disease in which is made up of special cells, proteins, tissues, and organs, defends people against germs and microorganisms every day. In most cases, the immune system does a great job of keeping people healthy and preventing infections. But sometimes problems with the immune system can lead to illness and infection. 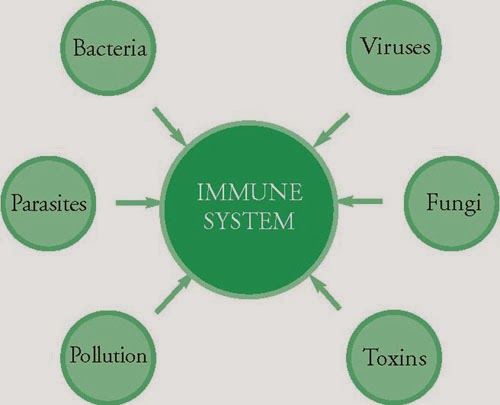 About the Immune System

The immune system is made up of a network of cells, tissues, and organs that work together to protect the body. The cells involved are white blood cells, or leukocytes, which come in two basic types that combine to seek out and destroy disease-causing organisms or substances.

Leukocytes are produced or stored in many locations in the body, including the thymus, spleen, and bone marrow. For this reason, they’re called the lymphoid organs. There are also clumps of lymphoid tissue throughout the body, primarily as lymph nodes, that house the leukocytes.

The leukocytes circulate through the body between the organs and nodes via lymphatic vessels and blood vessels. In this way, the immune system works in a coordinated manner to monitor the body for germs or substances that might cause problems.

The two basic types of leukocytes are: 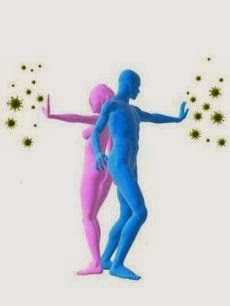 A number of different cells are considered phagocytes. The most common type is the neutrophil, which primarily fights bacteria. If doctors are worried about a bacterial infection, they might order a blood test to see if a patient has an increased number of neutrophils triggered by the infection. Other types of phagocytes have their own jobs to make sure that the body responds appropriately to a specific type of invader. 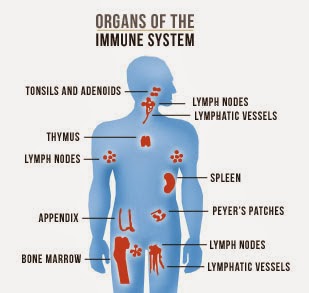 The immune system is amazingly complex. It can recognize and remember millions of different enemies, and it can produce secretions (release of fluids) and cells to match up with and wipe out nearly all of them.

The secret to its success is an elaborate and dynamic communications network. Millions and millions of cells, organized into sets and subsets, gather like clouds of bees swarming around a hive and pass information back and forth in response to an infection. Once immune cells receive the alarm, they become activated and begin to produce powerful chemicals. These substances allow the cells to regulate their own growth and behavior, enlist other immune cells, and direct the new recruits to trouble spots.

Infection occurs when a pathogen invades body cells and reproduces. Infection will usually lead to an immune response. If the response is quick and effective, the infection will be eliminated or contained so quickly that the disease will not occur.

Sometimes infection leads to disease. (Here we will focus on infectious disease, and define it as a state of infection that is marked by symptoms or evidence of illness.) Disease can occur when immunity is low or impaired, when virulence of the pathogen (its ability to damage host cells) is high, and when the number of pathogens in the body is great.

Depending on the infectious disease, symptoms can vary greatly. Fever is a common response to infection: a higher body temperature can heighten the immune response and provide a hostile environment for pathogens. Inflammation, or swelling caused by an increase in fluid in the infected area, is a sign that white blood cells are on the attack and releasing substances involved in the immune response.

Vaccination works to stimulate a specific immune response that will create memory B and T cells specific to a certain pathogen. These memory cells persist in the body and can lead to a quick and effective response should the body encounter the pathogen again.