What Is Cervical Cancer? 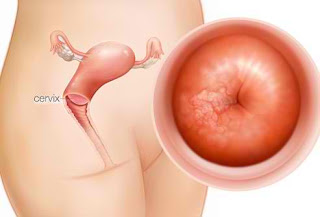 When cervical cells first become abnormal, there are rarely any warning signs. As the cancer progresses, symptoms may include:

Top Cause of Cervical Cancer: HPV

The human papillomavirus (HPV) is a large group of viruses. About 40 types can infect the genital areas, and some have high risk for cervical cancer. Genital HPV infections usually clear up on their own. If one becomes chronic, it can cause changes in the cells of the cervix. And it’s these changes that may lead to cancer. Worldwide, over 90% of cervical cancers are caused by an HPV infection.

HPV infections usually have no symptoms and go away on their own. Some types of the HPV virus may cause genital warts, but these are not the same strains linked to cervical cancer. It’s important to note that genital warts will not turn into cancer, even if they are not treated. The dangerous types of HPV can stay in the body for years without causing any symptoms.

Who Is at Risk for HPV?

If one of the high-risk strains of HPV lingers in the body, it can cause abnormal cells to develop in the cervix. These precancerous changes do not mean that you have cervical cancer.  But over time, the abnormal cells may give way to cancer cells. Once cancer appears, it tends to spread in the cervix and surrounding areas.

What Else Raises Your Risk?

Hispanic and African-American women have higher rates of cervical cancer than white women. The risk is also higher in infected women who: 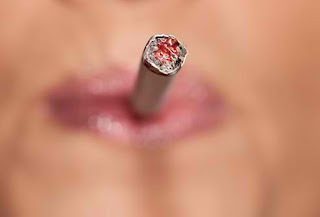 The Pap test is one of the great success stories in early detection. A painless swab of the cervix can reveal abnormalities, often before cancer appears. Women should start having Pap tests three years after becoming sexually active and no later than age 21. How often tests are done depends on the type of test, your personal risk factors, and your medical history.  Skipping Pap tests raises your risk for invasive cervical cancer.

Of note: You’ll still need Pap tests after getting the HPV vaccine because it doesn’t prevent all cervical cancers.

What If Your Pap Test Is Abnormal?

If test results show a minor abnormality, you may need a repeat Pap test. Your doctor may schedule a colposcopy an exam with a lighted magnifying device or biopsy to get a better look at any changes in the cervical tissue. If abnormal cells are precancerous, they can then be removed or destroyed. Treatments are highly successful in preventing precancerous cells from developing into cancer.

In some cases, doctors may offer the option of the HPV DNA test in addition to a Pap test. This test checks for the presence of high-risk forms of HPV. It may be used in combination with a Pap test to screen for cervical cancer in women over 30. It may also be recommended for a woman of any age after an abnormal Pap test result.

A biopsy involves the removal of cervical tissue for examination in a lab. A pathologist will check the tissue sample for abnormal changes, precancerous cells, and cancer cells. In most cases, a biopsy takes place in a doctor’s office with local anesthesia. A cone biopsy allows the pathologist to check for abnormal cells beneath the surface of the cervix, but this test may require general anesthesia.

Stage 0 describes cancer cells found only on the surface of the cervix.  More invasive cancers are separated into four stages. Stage I is when the cancer has not spread beyond the cervix. Stage II means the tumor has spread to the upper part of the vagina. A Stage III tumor extends to the lower part of the vagina and may block urine flow. In Stage IV, the tumor has reached the bladder or rectum, or cancer cells have spread to other parts of the body and formed new tumors. 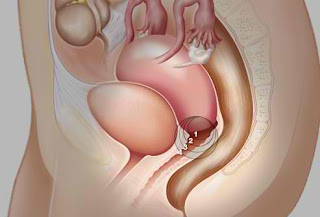 If the cancer has not progressed past Stage II, surgery is usually recommended to remove any tissue that might contain cancer. Typically this involves a hysterectomy, the removal of the cervix and uterus as well as some of the surrounding tissue. The surgeon may also remove the fallopian tubes, ovaries, and lymph nodes near the tumor.

External radiation therapy uses high-energy X-rays to kill cancer cells in a targeted area. It can also help destroy any remaining cancer cells after surgery. Internal radiation, or brachytherapy, uses radioactive material that is inserted into the tumor. Women with cervical cancer are often treated with a combination of radiation and chemotherapy. Side effects can include low blood cell counts, feeling tired, upset stomach, nausea, vomiting, and loose stools.

Chemotherapy uses drugs to reach cancer wherever it is in the body. When cervical cancer has spread to distant organs, chemotherapy may be the main treatment option. Depending on the specific drugs and dosages, side effects may include fatigue, bruising easily, hair loss, nausea, vomiting, and loss of appetite.

Cancer treatments may make you tired or uninterested in food. But it’s important to take in enough calories to maintain a healthy weight. Check with a dietitian for tips on eating well during cancer treatment. Staying active is also important. Gentle exercise can increase your energy while reducing nausea and stress. Check with your doctor to find out which activities are appropriate for you.

Treatment for cervical cancer often involves removing the uterus and may also involve removing the ovaries, ruling out a future pregnancy. However, if the cancer is caught very early, you still may be able to have children after surgical treatment. A procedure called a radical trachelectomy can remove the cervix and part of the vagina while leaving the majority of the uterus intact.

The odds of surviving cervical cancer are tied to how early it’s found. Depending on the stage, between 93% and 15% of women will survive for at least five years after diagnosis. Keep in mind that these numbers are based on women treated between 2000 and 2002. The treatments and outlook may be better for those diagnosed today. And statistics don’t predict how well any one individual will respond to treatment. 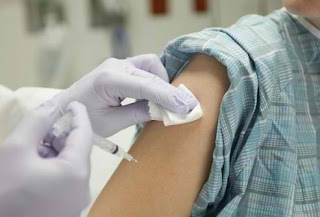 Who Should Get the HPV Vaccine?

The vaccines are only used to prevent, not treat, HPV infection. They are most effective if administered before an individual becomes sexually active. The CDC recommends girls get an HPV vaccine series when they are 11 or 12.  It can also be given as a catch-up vaccine for girls and women from ages 13 to 26.